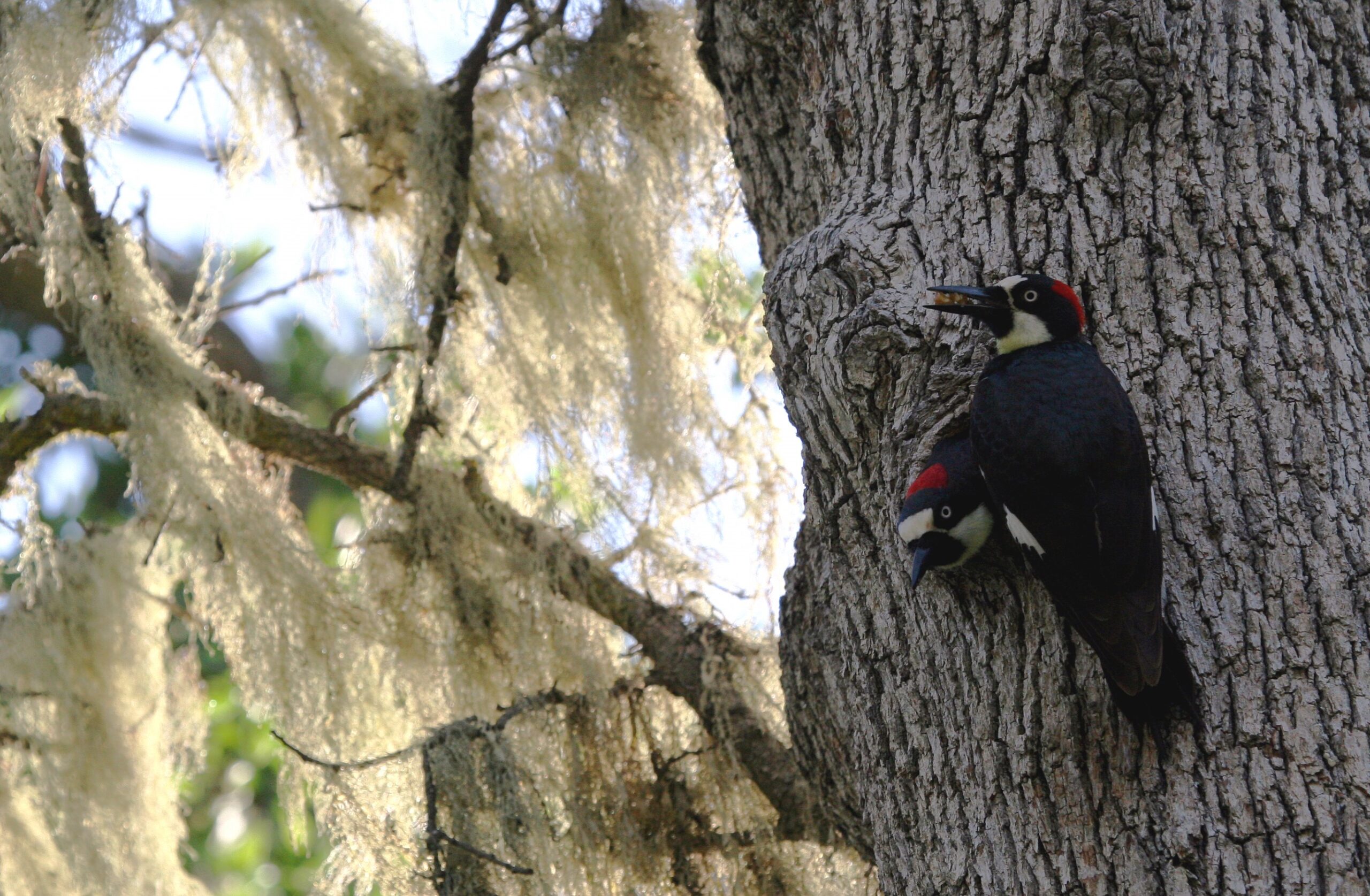 Main Program:
Cooperation and conflict in the communal world of the Acorn Woodpecker
Walt Koenig

Acorn Woodpecker, best known for their unique habit of storing acorns by the thousands in special structures known as “granaries”, exhibit one of the most complex social systems of any bird. Family groups of this species, sometimes numbering a dozen or more birds, contain multiple breeders of both sexes, a rare phenomenon called “polygynandry”, along with young from prior years that serve as “helpers-at-the-nest”. Based on a long-term study of this species at Hastings Natural History Reservation in Monterey County, Walt will explain some of the strikingly cooperative and diabolically competitive behaviors of this species that he and his colleagues have discovered during their 50+ year field study.

After studying Acorn Woodpeckers for his Ph.D., Walt Koenig became a Research Zoologist at Hastings Reservation, a field station located in the upper Carmel Valley run by the Museum of Vertebrate Zoology at UC Berkeley, from 1982 to 2008. He subsequently was a Senior Scientist at the Cornell Lab of Ornithology in Ithaca, New York, from 2008 to 2016. He retired in 2016 and returned to upper Carmel Valley, where he currently studies acorn production by California oaks, continues to contribute to the Acorn Woodpecker study, and works on perfecting his sparkling wine palate.